Here’s Johnny! How A Georgia Senator May Rock the Minneapolis Duplex Market 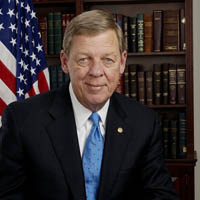 Well, somebody in government gets it. So much so that I think Republican Senator Johnny Isakson of Georgia should be made oh, I dunno – the winner on American Idol. I don’t even care if he can sing.  The guy’s a rock star.

See, the senator introduced an amendment to the big economic stimulus package being cobbled together in the Senate. And it was such a great idea that they voted unanimously to approve it. What? Bipartisan support?

It’s easy to understand why. The amendment sunsets the current $7500 first time home buyer tax credit and replaces it with a non repayable tax credit of up to $15,000 or 10 percent of the purchase price of a home, whichever is less.

The tax credit is for anyone who buys a single family home, duplex, triplex or fourplex that they intend to occupy. Not just first time home buyers. Anyone.

Taxpayers can claim the credit on their 2008 tax return. So, if the stimulus package passes and is enacted, you can buy a Minneapolis duplex the week after (which I’d be happy to help you do), file your taxes, and get money back; enough for more than a couple of mortgage payments.

The credit expires at the end of the year.

Of course, once the bill gets passed by the Senate, it has to go back to the House for approval; which means we’re not there yet, by any stretch.

So are southern senators just that much smarter? No. Isakson had the idea because for 20 years he worked as a Realtor.

In the mid 1970s, the United States faced a similar housing crisis when after a construction boom, interest rates rose and there was a three-year supply of vacant homes on the market.

Isakson recalled that to solve it, Congress passed a $2000 tax credit for anyone buying a new principal sresidence.  Home values quickly stabilized, inventory dropped and the market recovered.

Anyone else suddenly have the urge to buy Johnny Isakson t-shirts and posters?