Why Working With A Realtor Is A Lot Like Dating 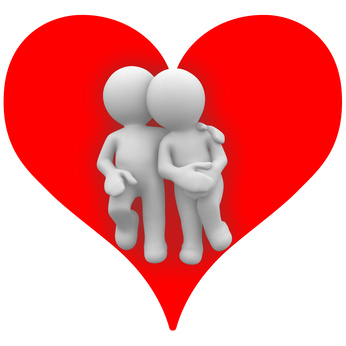 Working with a Realtor is a lot like dating.

But with a contract.

And without those perks.

Once you’ve reached a certain point in your relationship with your agent, she may ask you to sign what’s known as a Buyer Representation agreement. There are many types of representation, but most often, she’ll ask you to sign a document that gives her the exclusive right to represent you.

If you think about it, this document makes sense. Agents work long and hard to find the right properties for our buyers.  And once we do, we want to have the legal assurance we’ll be paid for our efforts. After all, we don’t get paid a thing; not a salary, not mileage, not base pay…nothing, until you buy your duplex.

So it makes sense that you should be committed to your agent. And, your monogamous relationship with that agent is considered so sacred you may even walk into an open house and have other Realtors ask whether you’ve signed a buyer representation agreement.

Why do they ask? Because the state of Minnesota says if you have, they’re not allowed to talk with you in any way that could be perceived as a violation of that pact. This law is so thorough that even if you’ve successfully negotiated a purchase agreement, but have yet to close, you aren’t allowed to speak with the agent representing the seller unless it’s through your Realtor.

Of course, if you terminate your arrangement with another agent, those restrictions are lifted.

What about sellers? Do they have the same restrictions?

If a duplex is on the market, and the seller is considering changing agents, he must first cancel his listing agreement before the new agent is legally allowed to discuss how she might help sell the duplex.

If that contract hasn’t been terminated, that agent runs the risk of, among other things, losing her license.

Having said all this, I’ve had several readers contact me in recent weeks with questions. And sadly, if they’re in the state of Minnesota, I haven’t been able to answer if they’re represented by another agent.

If your agent’s been working hard for you, then she certainly deserves to be paid for her efforts.  And if you feel she’s not quite the right fit, then you need to break up with her- by telling her, not by avoiding her calls.