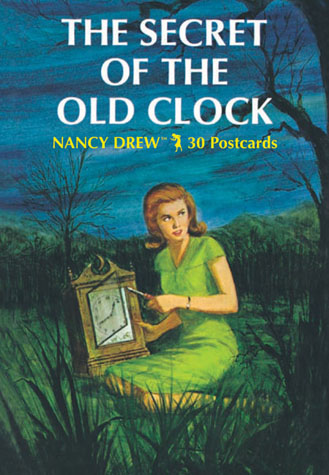 Looking for income property in today’s foreclosure-cluttered market sometimes requires myself and my clients to learn from Nancy Drew.

The scene of the crime is an abandoned and often neglected property. There are few, if any, witnesses, no paper trail of seller’s disclosures or signed leases, and absolutely no one to ask anything about the property.

So, like any good detectives, we use our heads.

This week, the building in question was a vintage triplex in a highly sought-after neighborhood, with tons of vintage charm and amenities. It sold for nearly twice what it will be on the market for just a few years ago, and now, represents a once-in-a-lifetime opportunity.

It’s been over a year since I saw it as a short sale. And of all the properties I see week after week, it was one of a handful that will always stand out in my mind.

As part of doingdue diligence on the property, I called to verify the  gas, water and electric bills with the appropriate utility companies.  I was surprised to learn the property only had two electric meters. (Hey, I can’t remember everything.)

This clue got me to thinking.  While two of the units were clearly built as part of the building, the third was obviously an afterthought.  It wasn’t long before it occurred to me the unit may not be legal. So I called the city.

The building zoned R2 (ok for two units), meaning the property would need to be rezoned to allow for the third. This can be a lengthy process, requiring, among other things, a specific percentage neighbors to sign off on their support on it.

Worse yet, the non-conforming unit wasn’t licensed or built with a permit. Having city inspectors approve the construction after the fact will likely require dismantling walls so they can verify it was wired, plumbed and framed correctly.

In other words, it may have to be rebuilt. From scratch.

OK, so while those are certainly obstacles, it’s still a great building. And in the end, overcoming those challenges will result in a big pay day, right?

But there’s one more problem.

Lenders will not count the rents, or potential rents from a non-conforming unit as part of qualifying for the loan on the property. And 75 percent of a $900/month unit increass the buyer’s qualifying income by “$8100 a year. What’s more, if that buyer is using an FHA loan, he or she can’t use the projected revenue from his or her unit, even if the intention is to have roomates, to qualify at all.

So now, any FHA buyer for the property will have to be able to qualify to purchase the property using the additional income of just one, rather than the two units she won’t occupy.

Which means in all likelihood, this property will need a buyer with the ability to get a conventional loan (with 20 percent down).

Better to know this now than after a buyer has spent money on an inspection and sent pictures of it to all of her friends only to learn she can’t buy it.

It’s still a great deal. Just not for everybody.

It does remind us all, however, if something seems fishy about a unit in a building, or the property itself, it probably is.

And it’s always worth investigating.