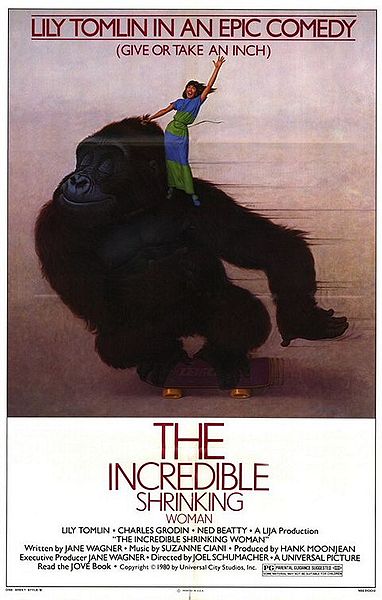 After being exposed to a mix of household chemicals, the lead character, played by Lily Tomlin, inexplicably begins to shrink. This, of course, baffles everyone involved.

Amid reports of a glut of foreclosures on the horizon, and an uptick in foreclosure notices, the Minneapolis Area Association of Realtor’s Weekly Market Activity Report notes shrinkage.

Over in the duplex and small multifamily market, new listings were down 42 percent from 2008. The percentage of those new listings that will involve a lender in the negotiations lost an inch as well, dropping 1.5 percent year over year.

Unfortunately, pending sales lost a little altitude also; experiencing a 35 percent decline week over week. While I can’t prove it statistically, I believe this may be a result of a lack of inventory for owner occupants to choose from.

The good news is the percentage of bank owned or lender mediated properties that left the market appears to be stabilizing; up just 1.7 percent over 2008.

We’ll hope for a growth spurt next week.