Keeping Granny’s Rent Low Can Save You Money 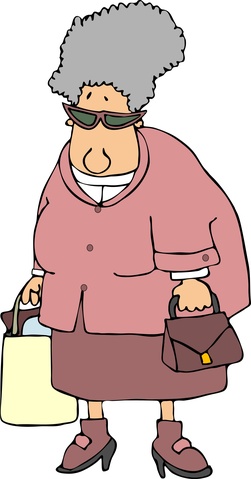 The other night, I showed a property where one an elderly tenant was home. Her unit, while impeccably maintained, clearly hadn’t been updated since the building was constructed in the late 1960’s.

I asked how long she’d lived there. She told me all of her life. She was easily in her 80s. (Clearly her math skills were slipping.)

Because she’d lived there so long, the property owner had kept the rent for her two bedroom unit at an artificially low rate of $650 a month.

My buyer’s instinctive reaction was to raise her rent after closing. Of course, this is the right answer in most circumstances.

However, in this case, I encouraged them to calculate the costs of updating her unit. It clearly needed new carpet in the living room, a fresh coat of paint and some updating in the kitchen. Conservatively, the total cost for these cosmetic repairs would be at least a couple of thousand dollars.

How much more rent would they get as a result? Maybe $250 a month.

Does it make sense for them to do it?

As it’s likely she would relocate due to higher rents, they also had to calculate the potential length of time they would be vacant. In all likelihood, it would take a month to rehab and re-rent the unit, during which they’d be out her $650 in rent.

Simply take the cost of the repairs and divide it by the rental increase. $3150/250 = 12.6. In other words, it would take them one year with a new tenant to break even from the rehab. It might be worth the investment.

Then again, maybe the tenant would be happyto pay $750 a month; still a good value for her, without the inconvenience of moving. That simple increase would mean it would take closer to 21 months to pay off the cost of improvements that resulted in higher rents.

Before you begin any multi-family property rehab project, be sure to consider the length of time it will take to recapture your investment.

Do You Need An LLC To Buy A Minneapolis Duplex?