Why The Minneapolis Duplex Market Is A Lot Like Aunt Clara 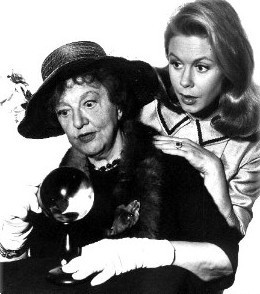 These days, the Twin Cities real estate market is a lot like Aunt Clara on an episode of “Bewitched”.

It wants to perform the magic of a recovery, but somehow, it just keeps getting it wrong.

For example, the week ending March 20, 2010, the Minneapolis Area Association of Realtors reports there were 10.2 percent more signed purchase agreements than there were for the same week in 2009.

However, new listings were up 28.8 percent from a year ago. A bigger supply will put more downward pressure on prices.

The duplex and small multi-family market was equally bumbling. The average off market price for a property was $137,600; up nearly 49 percent from one year ago. Traditional sellers continued to make gains, generating 35 percent of the pended properties, compared to just 9 percent week over week.

Meanwhile, the number of new multi family listings for the week was down 26 percent from 2009, with traditional sellers contributing 55 percent of the new inventory. They were responsible for just 20 percent of that market a year ago.

But here’s Darrin turned into a monkey; the total number of pended multi-family sales was down 27.91 percent year over year.