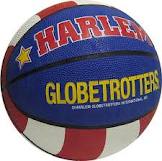 If the weekly Minneapolis duplex sales statistics were a basketball game, traditional sellers would be the Harlem Globetrotters, while  lender-mediated duplexes played the Washington Generals.

There were  18 Minneapolis and St Paul duplex, triplex and fourplex owners who accepted purchase agreements on their properties. Of these, 66.7 percent were traditional. sellers, with names and you could find and friend, not fan, on Facebook.

One year ago during the same week, just 23.5 percent of the 17 duplex sales involved equity sellers in the transaction. On average, these duplexes sold for $129,496.

The majority the 23 new listings for the last week of May, also belonged to traditional sellers, with a 65% market share.

While these 23 listings represented a significant drop in new inventory compared to last year’s 36, traditional sellers offered 10 percent fewer of the listed duplexes.

Meanwhile, the single family home market continued to see declines in new listings (-17.4 percent), overall inventory (-29.9 percent), while realizing a 27.2 percent increase in sales over the same period of time in 2011.

This is good news for anybody considering selling a Minneapolis duplex.