Can You Refuse To Rent Your Minneapolis Duplex To A Packers Fan? 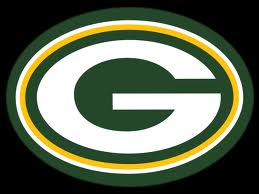 The other day a client told me he didn’t have to rent his Minneapolis duplex to a tenant who was a Packer fan.

After all, he maintained, Packer fans are not a protected class according to either the federal or Minnesota fair housing laws.

And he was right.

My client had just purchased a duplex to owner occupy. Because he is going to live there, Packer or Bears fans aren’t the only classes of people he can discriminate against.

Turns out he can refuse to rent to people with children too. While duplex owners cannot refuse to sell, rent or lease a unit to prospective tenants on the basis of race,  color, creed, religion, national origin, sex, marital status, sexual or affectional orientation, disability, public assistance or who have children.

While the law states nothing about refusing to rent to Packers fans, it’s probably not a good idea. Discrimination, in any form, is a recipe for a lawsuit.