Whose Duplex Lease Is It Anyway? 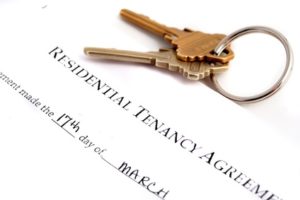 If you buy a Minneapolis duplex that has tenants, do you have to give them all new leases?

Believe it or not, this was actually the topic of a heated discussion between to agents in my office the other day. One believed the buyer of an investment property needed to issue new leases in their own name, the terms of which would be identical to those contained in the lease the previous owner had signed.

The second agent argued leases were assigned to the new owner at closing. This, she contended, would be identical to a bank assigning or selling the rights to a loan to another lender. In that instance, as in this, the only things that change are who the checks are made payable to and what address appears on the envelope.

So who was right?

The lease is the only document that in a way, trumps the rights of the new duplex owner. It follows the property, regardless of who the owner is.

As a result, the new owner can’t kick tenants out, raise their rent or change any of the terms for the length of the lease until it has expired.

Sharing with tenants that they are protected by their lease usually helps put them at ease if the duplex is on the market. Conversely, buyers can rest assured their investment property will be occupied for months to come.