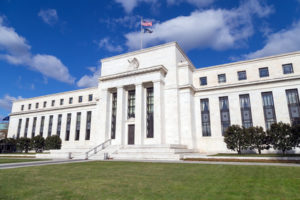 Federal Reserve Chairwoman Janet Yellen caused a bit of a stir the other day when she indicated the Fed will likely be raising interest rates by the end of the year.

While the Fed’s short term rate (the one that makes the news) has some impact on mortgage rates, it isn’t the only factor. In fact, mortgage rates are just as tied to the rate of inflation, the budget deficit and debt, household savings, how much money is being printed and the government’s willingness to insure mortgages.

In a recent column in Forbes magazine, by National Association of Realtor’s Chief Economist Lawrence Yun, mortgage rates may hit 4.5 percent by the end of 2015, and in the next two to three years, rise to 5.5 or 6 percent.

This may be impacted, however, by a sudden rise in inflation. Things that contribute to inflation are housing shortages, which force rent prices to rise, and owner-equivalent rent, which is a comparison of the cost of owning the property you live in vs. what it would be worth as a rental. Those two factors alone count for 30 percent of what the government uses to calculate the Consumer Price Index.

And unless homebuilders start new construction of housing for the growing population and banks start easing lending criteria, rents are sure to rise.

If The Fed Is Raising Rates, Why Are Mortgage Interest Rates Down?