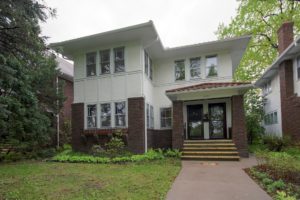 Planners in both Minneapolis and St. Paul recently released drafts of their comprehensive plans for the cities to grow over the next 20 years. Both included proposals to add density to the urban core through the addition of new multifamily property construction.

Minneapolis’ proposal would achieve greater density by rewriting current zoning for large portions of the city. Basically, it would allow for duplexes, triplexes or fourplexes less than 2 1/2 stories tall to be built on any lot, in any neighborhood in Minneapolis.  The plan would also allow bigger apartment buildings to be constructed on multiple lots in neighborhoods from 38th street in the south to Lowry Avenue in the north.

The proposal would also eliminate the requirement for off-street parking minimums for new developments.

St Paul’s proposal would allow high-density mixed use development in 56 neighborhoods across the city, many near current and future mass transit corridors.

Both proposed plans are open for public comment until July, and will be voted on by their respective city councils in December.

The objective for both cities is to help combat climate change and to provide affordable housing.

Wait. Haven’t we all heard that it’s so expensive to build affordable housing that it won’t cash flow once it’s completed?

That’s why the objective is to create new, possibly nicer housing, which will increase supply, forcing rents down. Existing housing, so the thinking goes, when then become the affordable housing.

If you’re a real estate investor, there are pros and cons to this plan. If the proposal is passed, dilapidated single-family homes may become desirable teardowns, making way for brand new fourplexes.  This would provide more opportunities for investment.

On the other hand, if you currently own rental property, you may be facing increased vacancy and competition, which may drive rents down.

Either way, it’s a story Twin Cities real investors should be tracking.