The Ripple Effects Of The Minneapolis Fourplex Proposal 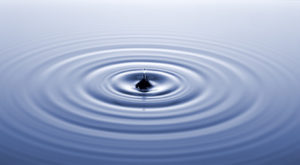 I’ve been told there’s a great deal of concern in some Minneapolis neighborhoods about the city’s proposal to allow fourplexes to be built without off-street parking requirements on lots once restricted to only single-family homes.

Before everyone decides the grab the children and head for the lifeboats, perhaps we should look at some facts that may be behind their thinking.

First, the city is not proposing that by eminent domain they will seize single family homes, raze them and let developers put up apartment buildings. A builder will be on its own to acquire a single family home, tear it down and put up an apartment building. As builders and investors look for a profit, this will most likely be a home that wouldn’t be one of the most expensive in the neighborhood.

Second, the current unemployment rate in Minneapolis is 2.9 percent. St Paul stands at 3.2 percent. These numbers are in spite of the population of the two cities having grown by 200,000 people since 2010. Many working people want to live relatively close to where they work, which may explain why the apartment vacancy rate is so low.

Finally, during the Great Recession, approximately 50 percent of all home builders went out of business. People were losing their jobs, and their houses to foreclosure. There wasn’t a need for any new construction. That didn’t stop the population from growing though.

Now, we have all these extra people buying things and paying taxes in the city of Minneapolis. And with so few rental properties available, no place for them to live.

Sure, I suppose we could hope everyone moves to the outer suburbs. There’s plenty of land out there for new construction, right?

Yes, you’re right. But how are you going to get them into downtown Minneapolis to work? There’s no light rail yet. The express bus lines only take you so far. And would you commute an hour or more each day for a $15 an hour job? Not likely.

Prohibiting the construction of new fourplexes causes just as many if not more problems as allowing them.

I’m sure the city would love to hear from someone with a better idea.