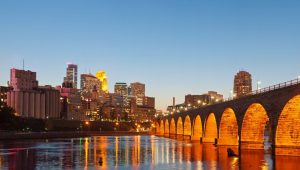 The Minneapolis Policy and Government Oversight Committee will hold a public hearing on rent control Wednesday, February 24th at 1:30 pm.

Minnesota state law prohibits rent control unless it is approved in a general election. In order to make it to the ballot in the state of Minnesota, it must be approved by the city of Minneapolis’ charter commission.

Members of the Minneapolis city Council President Lisa Bender and Council Member Cam Gordon have put forth two proposed amendments for the charter commission to review.

In order for either to make the ballot in November, they would have to be approved by the charter commission by the end of this month.

If you’re a Minneapolis landlord and would like your voice heard, you may sign up to speak at the hearing here: Minneapolis rent control hearing. Scroll to the bottom of the page.

On February 23, the day before the hearing there will also be a study session presented by the Center for Regional and Urban Affairs at 1:30 pm. It is intended for council members, city staff, stakeholders and the public to learn more about the topic. You may watch the educational session here.