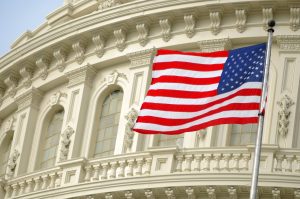 President Biden is widely expected to propose raising the long-term capital gains tax on assets held for more than one year.

Capital gains tax is charged when you sell an investment property and don’t do a 1031 exchange. The tax rate is determined by your income and filing status. Rates currently stand at 0%, 15% and 20%.

While not yet officially announced, the White House’s proposal reportedly would tax capital gains as ordinary income. For those earning more than $1 million in annual income, it would result in a rate of 39.6% according to Bloomberg.

Capital gains tax would also continue to be subject to a 3.8 percent surtax intended to help fund the Affordable Care Act.

Biden also is expected to propose eliminating the portion of the tax code that allows heirs to inherit property at a stepped-up basis, resulting in significant tax savings.

Two of the greatest advantages to investing in real estate are the ability to reinvest money in perpetuity by doing like-kind exchanges, as well as create multi-generational wealth. To date, there is no word whether the Biden administration’s proposal also asks for the elimination of the 1031 exchange.

Of course, for any of these proposals to become law they have to make it through Congress. And that has proven in recent years to be almost impossible.