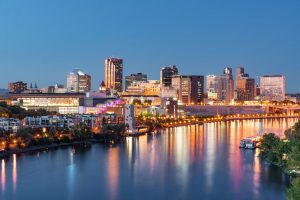 Between February 2021 and February 2022, average rent in St Paul went up, while it went down in Minneapolis.

Minneapolis voters did not.

They just gave the city council permission to draft a proposal to maybe vote on later.

Let that sink in.

Just like in every other city that’s passed a rent control ordinance, rents went up.

Over in Minneapolis, median rents for a one-bedroom unit dropped 6%, two-bedrooms 3% and three-bedrooms 5%.

Yes, both cities have an affordable housing issue. And yes, there are a lot of factors that likely contributed to these numbers. But