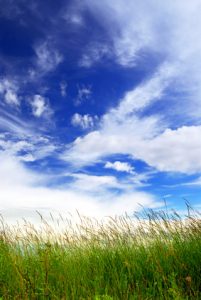 It’s sunny and warm in May. But it’s too hot for this time of year. So even though there isn’t a cloud in the sky, it just seems like there’s a storm coming later in the day.

That’s what the duplex market feels like right now.

Prices are up, market time is down, and more properties sold in April this year than last. What’s not to love?

Where in the data is there evidence to substantiate the feeling?

Believe it or not, it’s like the rain. It’s in the percentages.

In fact, declining percentages seem to be the trend for the year. In January, 55% of the active listings sold. In February, 33% and in March 69%.

This is likely the impact of rising prices and interest rates. Remember, for every 1% increase in interest rates, affordability drops by $8000. We have had roughly a 2% increase in rates over the last 12-14 months, so today’s buyer can afford to pay $16,000 less than one year ago.

Of course, rents have also increased nationwide. As rental revenue may help those same buyers qualify for a loan, it’s more important than ever for those considering selling to make sure their rent is at or near market price.