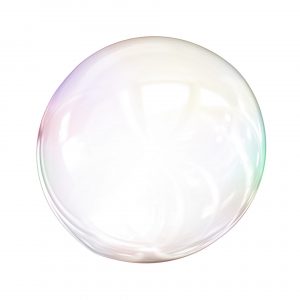 Are we in a real estate bubble?

I get that question a lot lately. Having been a licensed real estate agent for twenty years now, I also know the asker also harbors a secret wish; that prices will crash like they did in the Great Recession and he/she will have the opportunity and wisdom to buy every piece of discounted real estate that’s on the market.

While I am neither a trained economist nor a psychic, I just don’t think that will happen. At least not in the way it did most recently.

The crash of 2008 was of historic proportions. Nothing like that had happened in the housing market since 1929. In other words, it happens once every 79 years.

That crash was caused by lenders granting loans to subprime borrowers, who had low credit scores, and little savings. Due to being at higher risk of default, lenders offered these borrowers loans at higher interest rates and often with variable payment structures, such as the loan being interest only for the first few years. When the economy or the payment changed, many of those homeowners were no longer able to make payments, which resulted in foreclosures.

Today’s run-up in housing prices is primarily the result of supply not meeting demand. Inventory is low as a result of multiple reasons:

High school-level economics bely the root cause of the current increase in home prices. Quite simply, demand exceeds supply. And until such time when there are more sellers than there are buyers, that promises to continue to be the case.