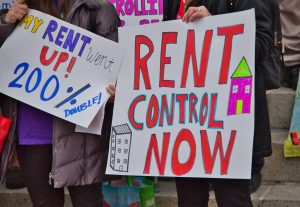 A recent CBS News story highlighted 50 things most Americans actually agreed on. Near the top of the list was rent control.

The story cited Yougov polling data collected from 1500 people between January and September of this year.

Poll results indicated that 61% of adult Americans strongly or somewhat favor policies that would restrict rent increases. Curiously, later in the article still more – 79% of Americans, support limiting the size of rent increases, which seems like rent control under another name.

Most Americans (60%) also support increasing government-funded public housing. The irony is 59% of the respondents did not support rezoning to allow for more housing density. Half of the respondents to the survey (50%) were homeowners.

Duplex Values Are Up – Is It Time To Increase Your Insurance?