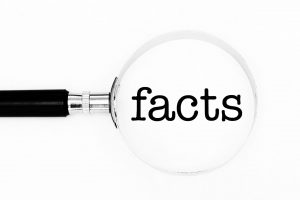 I am so confused.

I know what I feel like the Minneapolis and St Paul duplex market FEEL like. I know it feels different than it did early last spring or last year.

And yet, feelings aren’t facts. When I look at the facts; sales data extrapolated from the Multiple Listing Service (MLS), I see my intuition and feelings may not be right.

In October, for example, there were 246 active duplex, triplex, and fourplex listings on the MLS. In October of 2021, there were 286, representing a 14% decline year-over-year. In fact, September and October were the first time in eight months that we did not experience a year-over-year increase in supply. Of October’s active listings, 112 were brand new to the market.

The month’s high seller was a Kenwood Parkway side-by-side duplex on a half-acre lot that traded hands at $1,250,000.  The low seller was an up/down duplex in West St Paul with one bedroom in each unit that sold on a contract for deed for $140,000.

So far, not bad. Here’s where the facts get a little muddy though. In October, the properties that sold did so at an average of 99.3% of their original sales price after being on the market for 39 days.

Conventional wisdom would suggest that given our much shorter times on the market, one that sat for over a month would sell for much less than the owner was asking. Again, because my intuition isn’t always right, I want facts. So I looked at how many days the average Twin Cities duplex, triplex or fourplex listing that was withdrawn from the market in October without selling had been listed. The average was 70.3 days, which is just over two months.

Here’s my suspicion. Properties that are priced right for today’s higher interest rate environment are lingering on the market. Those sellers who’ve taken buyers’ higher costs into account when listing the property are selling at nearly 100% of their asking price.

We’ll have to wait and see if next month’s facts support my theory.