The Pick A Duck Approach to the Minneapolis Duplex Tax Credit 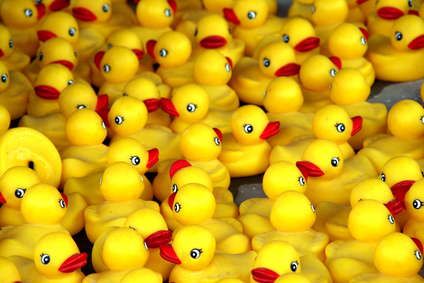 The first time home buyer tax credit is starting to feel like the carnival game Pick A Duck.

Congress seems to study the big prizes hanging on the wall, then the ducks floating past. They put down their money, study the ducks some more and finally, grab at what they are sure is the prize-winning bird as it floats by.

Apparently, however, instead of winning the giant stuffed bear, they keep winning Chinese finger traps.

Two stories in the Wall Street Journal this week hint that thanks to a push from the real estate industry, Congress is thinking about picking another duck.

First came news that an association of chief executives called the Business Roundtable is joining efforts by the National Association of Home Builders and other real estate industry groups to not only increase the housing tax credit to $15,000, but to extend it to all home buyers.

The group, as well as Realtors and home builders maintain that boosting sales among existing duplex owners would do more to reinvigorate the market, because each transaction involves the sale of one property and purchase of another.

Members of the real estate industry were joined by Sen. Johnny Isakson (Rep.) and Sen. Christopher Dodd (Dem.) in thinking this would be like winning the big stuffed bear.

Isakson and Dodd just reintroduced a bill to implement this expanded tax credit. Many of you may recall it was Isakson who tried unsuccessfully to get the credit inserted into the stimulus package enacted in February.

It’s estimated the bill would cost $35.5 billion in addition to the costs of the existing tax credit, which are estimated at between $2 and 3 billion.

As always, the tax credit would apply to any principal residence, whether that’s a single family home, duplex, fourplex or even a house boat.

Let’s hope they get the right duck this time.