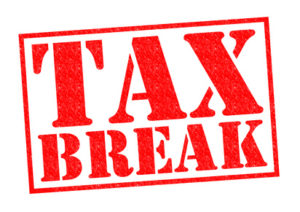 Just before the holidays, there was some good news for distressed duplex owners that got little fanfare.

President Obama signed a bill called the Tax Increase Prevention Act of 2014, which retroactively extended 55 tax provisions that had expired at the end of 2013.

Perhaps the most important provision was the one that provides distressed duplex owners with tax relief on forgiven mortgage debt. The tax provisions are retroactively extended for one year and will be effective on income tax returns filed for 2014.

Essentially, this is an extension of the Mortgage Forgiveness Debt Relief Act of 2007. This means that property owners who either sold their homes as short sales or in other distressing scenarios may not have to pay taxes on the amount of debt that was forgiven.

The new bill also allows homeowners to count qualified mortgage insurance premiums as interest toward the mortgage interest deduction on their tax bill. In light of the increased rates for many of these premiums, that should help many duplex owners ease some of the stings.

There is no word yet as to whether Congress and the president will extend the act to include short sales in 2015. At some point, the economy will have recovered enough that it likely won’t be deemed necessary.

So if you’re a duplex owner who’s still either upside down on your mortgage or behind on your payments, give me a call. Making a move to resolve the situation now may not only relieve your stress but reduce your tax burden too.

Forebearance vs. Foreclosure: Why You Have Time No Matter What Congress Does

Duplex Sellers Come Up For Air