Yes We Can! Home Buyer Tax Credit May Change Again 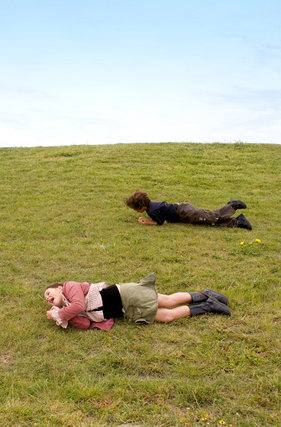 I don’t know about you, but I’m starting to get dizzy.

Our hero, Georgia Senator Johnny Isakson, who sponsored the $15,000 tax credit amendment in the Senate’s version of the package told the Atlanta Journal-Constitution he will continue to push for it in a standalone bill.

Isakson said, “Quite frankly, there is so much outward support for what we did…that I wouldn’t at all be surprised if you didn’t see it come back in some form with a Democrat’s name on it.”

According to a survey taken by the National Association of Home Builders of 1200 registered voters, two thirds of Americans support the $15,000 tax credit for all home buyers. What’s more, one-third of those polled and 61 percent of renters said they’d be more likely to buy a house if the credit were passed.

A coalition of housing industry companies called Fix Housing First is continuing to urge Congress to consider the credit, believing it would have created thousands of jobs and pumped much-needed money into the economy.

I’m inclined to agree. When the proposal was under consideration, my phone rang like crazy. Potential Minneapolis duplex buyers just aren’t as excited about the amended $8000 first time home buyer tax credit.

Perhaps that’s because there are a lot of people out there who would like to buy or sell; they simply don’t qualify for the credit because they’ve owned a home in the last three years.

Congressional arguments against the credit largely centered on the fact that it would have added $35.5 billion to the cost of the economic stimulus package.

What can we do? Keep writing and calling our Representatives and Senators.  Given enough pressure from constituents, anything’s possible.